Diana Nyad may not be a compulsive liar, but she sure acts like one. And having beguiled the public and the press into seeing her as honest, she doesn’t worry about keeping her stories straight.

Exhibit #1: The Call
Nyad and her supporter Steven Munatones organized a teleconference with skeptics a week after her Cuba-Florida crossing. The call lasted three hours and 22 minutes. At least that’s what she told Oprah about a month afterward, and it’s what conferees confirmed. Later, though, Nyad told a Washington, D.C., audience that the call lasted 13 hours. She informed a group in Chicago that it went all night.

Exhibit #2: The Olympic Trials
“I’m not going to sit around here and pretend to you,” she once said, “that I was going to be the big Olympic champion. I was just a decent sprinter who had some fairy tale dreams of being the best and going to the Olympic Games.” But that doesn’t stop Nyad from telling a story — like she did in a commencement address at Middlebury College — about almost qualifying for the 1968 Olympic trials. Or from telling a similar tale — like the one in her commencement address at Lake Forest College — about swimming in the trials and almost qualifying for the Olympics.

In those stories of a fictional race she remembers “like it was yesterday,” Nyad claims to have swum the 100-meter backstroke. In at least one other version, though, it’s the 400 IM.

Exhibit #3: Miscellaneous Malarkey
In her 2015 memoir, Find A Way, Nyad writes that, while in high school, she became the best backstroker in Florida; Lucy Winslow, her great great grandmother, was one of the first female physicians in Manhattan; giant squid can grab birds out of the air; and countless other bits and chunks of nonsense that contain no truth whatsoever.

Maybe Nyad can’t bear to commit herself to one set of facts when frequent updates make her seem more epic. Or maybe she just has a lousy memory. Either way, why bother to tell the truth when you’ve convinced your fans that “the most authentic athlete of our time” would never tell a lie?

But she has told lies — over and over and over — about practically everything. She lies about big things like the Cuba-Florida crossing, the Manhattan swim, and sexual abuse. And she lies about things so insignificant you have to wonder why she bothers.

For instance, she says that when she was five, she “played three musical instruments — the harp, violin and piano — four, five hours a day.” She also says she played the piano, harp, and clarinet. She told Ms. Magazine that, at seven, she began “the harp, violin, piano, and trumpet.” Her stories change shape as readily as the bellows of an accordion, one instrument on which, I’m sorry to say, she has yet to stake a claim. 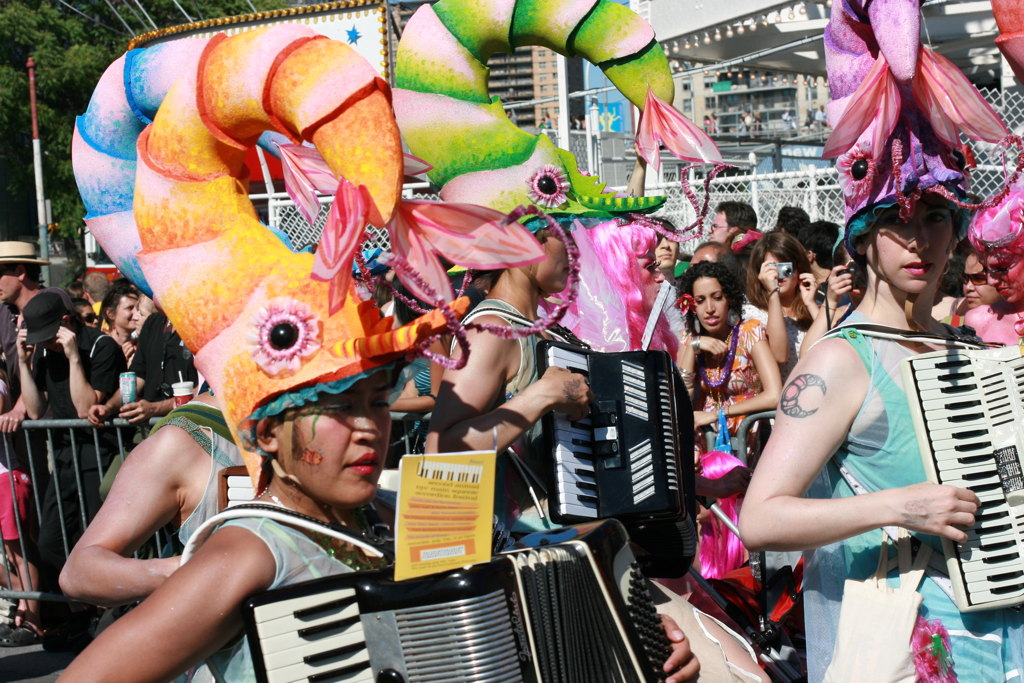 In the summer of 1966, Nyad got sick and couldn’t swim for up to a month-and-a-half: “Last summer [Nyad] suffered a virus of the heart,” the Fort Lauderdale News reported the following spring, “which put her out of the water for six weeks.” (I said “up to a month-and-a-half” because even back then, Nyad probably did not have a committed relationship with the truth.)

Nyad graduated from Chicago’s Lake Forest College with a BA in 1973. That same year, she enrolled in graduate school at New York University. She left at the end of the term, never reenrolled, and never earned an advanced degree.

She told the truth at first, but her story soon began to oscillate.

Update, 10 Oct 2021
You can now watch Nyad award herself a doctorate

Unless you are a shrimp or small fish, your chance of dying from the mere touch of a box jellyfish tentacle is almost zero. But saying so wouldn’t make Diana sound very heroic, so she flips the odds.

See “Not a Tentacle To Stand On.”

And that’s just the beginning. Every page on this site has examples of Nyad’s unstable fables.

So how does she get away with being such a terrible liar?

The same way all great con artists do: charisma, confidence, and a credulous, adoring public she groomed to believe every word she says.

“I certainly hope that all of you out there know of my pedigree for many years in this sport. I have always upheld the highest ideals. It is the champions who achieve under the purest circumstances whom I respect . . . . . and I have always, proudly, fallen into that category.”

Note: I first heard the phrase “never the same way once” from the brilliant jazz pianist, composer, and arranger Alan Broadbent. He heard it from someone whose name I can’t remember. The relevance to Diana Nyad’s improvisations on truth was immediately apparent.