Diana Nyad often tells the story of meeting a Holocaust survivor who, beginning when she was three years old, underwent horrific sexual abuse at the Dachau concentration camp. Nyad fabricated the whole thing. 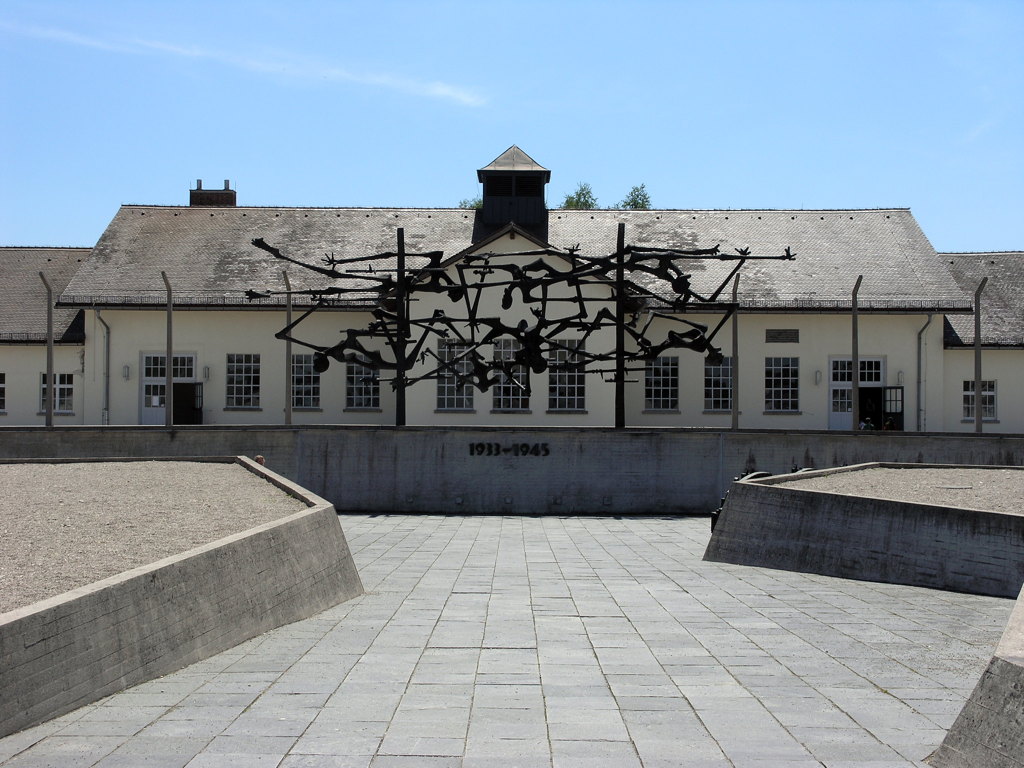 The following paragraph summarizes Nyad’s story. It includes details common to most or all of the six versions I’m familiar with:

At dinner after one of her talks, Nyad meets an elderly woman originally from Krakow, Poland. Nyad, who never names the woman, identifies her as a survivor because she has numbers tattooed on her arm. The woman tells Nyad her story: When she was three years old, the Gestapo came to her home in Krakow, killed her father, and forced her, her mother, and her six-year-old sister onto a train to Dachau, Germany. At Dachau, they were separated. The mother and sister went to the right, the three-year-old went to the left and never saw her family again. The Nazis then sent the three-year-old girl to serve as a sex slave to the camp’s SS officers. When the war ended, a French family adopted the little girl. She went on to live a life seemingly unaffected by her trauma.

I asked Dr. Sybille Steinbacher about Nyad’s tale. Dr. Steinbacher directs Frankfurt’s Fritz Bauer Institute and holds its Chair for Research on the History and Impact of the Holocaust. She forwarded my question to Dr. Barbara Distel, who directed Dachau’s memorial site from 1975 until she retired in 2008. With Dr. Distel’s permission, I’ve copied below the pertinent parts of her response (lightly edited for readability):

Nyad cobbles together her Holocaust tale from familiar details that few would think to dispute. Here are three of those details and how they expose Nyad’s story as fraudulent:

Extermination and concentration camps near Krakow and in or near Germany. When the Nazis liquidated the Krakow ghetto, they wouldn’t have sent people to Dachau because Auschwitz-Birkenau and Plaskow were much closer. Adapted from the map “Main Nazi Camps and Killing Sites” at “Facing History and Ourselves.”

In another version of Nyad’s story, she sends the family over 300 miles in the opposite direction (Germany to Treblinka, Poland). But most deportees to Treblinka arrived from surrounding areas. See this map on the USHMM’s “Deportations” page.

Nyad, Nabokov, and the “Little Concubine”

Many parts of Nyad’s story change from telling to telling, but certain elements remain constant. The little girl is always three. She always has a mother, a father, and a six-year-old sister. The Nazis always murder the parents and the sibling while forcing the three-year-old into sexual slavery. And Nyad always refers to the girl as the SS officers’ “little concubine.”

Nyad wasn’t the first to use that term. Vladimir Nabokov beat her to it in his 1955 classic, Lolita. The story’s narrator, Humbert Humbert, kidnaps Dolores Haze, a.k.a. Lolita, and rapes her every day for two years. As the novel proceeds, Humbert calls her “a tiny concubine,” “my pubescent concubine,” and, finally, “my little concubine” (The Annotated Lolita, pp. 84, 148, 208).

Nyad studied literature during her one year of graduate school. Whether she read Lolita then or at some other time, Nabokov’s literary masterpiece may have inspired Nyad’s Holocaust tale. If so, it’s fitting that a monumental work of fiction provides the foundation for Nyad’s monumentally horrific fabrication. 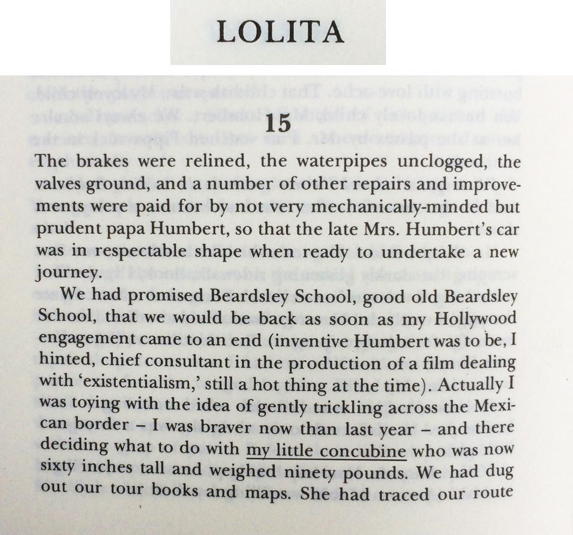 Excerpt from the Everyman’s Library edition of Nabokov’s Lolita, p. 220.

For more on sexual abuse during the Holocaust and on Nyad’s delusion that a brief pep talk could negate the effects of two-and-a-half years of constant sexual abuse: